I think anyone who spends a few minutes trolling through the Library of Congress’s American Memory collections will walk away with at least one record that impresses them. It is hard not to be impressed by archival records made public like this. Simply pouring over them without a system or compass makes for good times and speaks to learning as a sort of meandering. We follow the path as we see it, make connections, expand our knowledge network. All of that.

I have always had a good relationship with the Library of Congress’s materials. I once posted on a photo I found of someone named Blaze Gallagher (being a Gallagher myself, I obviously took notice) and posted about it; a descendant of Blaze contacted me and asked if I wanted to learn more. That is what making these archives available is all about. Connection after connection.

Being the Christmas season, I went back and looked for some Christmas-related records that might prove interesting and found several.

Opening scene of a man, woman, and two children with presents walking up to a house in Oyster Bay, N.Y.; one child enters house, comes back out, then the woman enters; two older girls stand in doorway; TR, carrying a present, walks up to the house; final scene is of TR talking with group as they all pose while a small girl peeks out of the door.

I love this one for a variety of reasons, not the least of which is that I will be spending Christmas in near Oyster Bay in Long Island, one of the more beautiful places ever. A soothing inlet on the Long Island Sound with sailboats, tall grass, and all that stuff that Fitzgerald lauded in the Great Gatsby (set in nearby Great Neck).

This is not the usual “Natchez” (for which see AFS 13705a35), but another tune. The title became attached to the present tune by accident as Henry Reed continued to try to recollect the tune he usually called “Natchez.” It is a tune in A with a consistently minorish cast that appears in sets widely but thinly distributed across the Upper South. There is no consistency to its title, and its low strain is variable and has something of the character of filler. An apparent nineteenth-century example is Coes, “George H. Coes’ Album of Music”, p. 3 “Watermelon Jig.” Twentieth-century examples are Morris, “Old Time Violin Melodies” #40 “The Lonesome Road”; Thede, “The Fiddle Book”, p. 76 “Dust in the Lane, or Cotton Pickin’ Time”; and “Shelvin’ Rock,” a 1960s recording fiddled by French Carpenter on the LP record “Old-Time Music from Clay County, West Virginia” (Folk Promotions 11567-11568). Burl and Sherman Hammons of Pocahontas County, West Virginia, played a version that they called “Christmas Morning.” Henry Reed, in searching for the title, once remarked that it might have been something about “Brown’s Dream”; that is one of the names of another tune from the Upper South, represented in this collection under the title “Paddy on the Turnpike.”

Nothing much to comment on here, but I just loved the fact that many of these audio recordings from the Henry Reed Collection were done in the homes themselves. Some real gems in there. 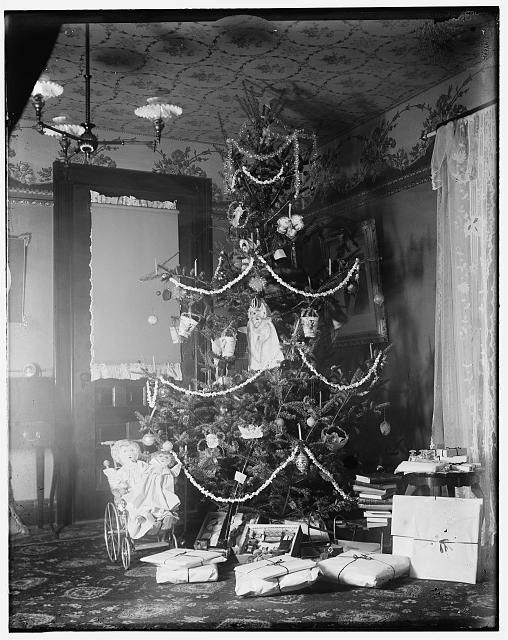 I was in Dayton, Ohio for my undergraduate years and needless to say the Wright Brothers have their mark all over the city. This photograph was taken in 1900, before they were to put themselves in history with that first flight in North Carolina. 7 Hawthorn Street is still there as is their original bicycle shop.

So that is all. I urge you all to browse through the collections a bit as you are bound to find a few gems (especially the Sound Recordings). In the interim, all my best and we will probably see you in 2011.