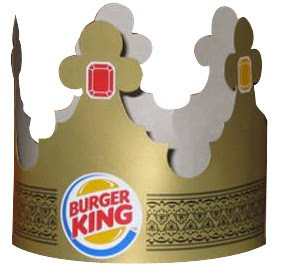 Laconically pedaling my morning commute,
an escape of gear shifts,
morning air and uneven asphalt,
I spotted a Burger King crown,
afloat on the devil’s strip,
circling whimsically around the fallen chestnuts
and their squirrel suitors.
A bullish garbage truck drove by
with speeds to match its girth and
pulled the crown into its wake,
into the center lane, away from my grasp.
It was subsequently run over by a Toyota.
I would be wearing it now
if not for that garbage truck,
our refuse.
I am a king without a crown
and my empire is crumbling,
my cubicle walls receding, awash with green and gray,
the imposing barbarians at my fortified gate.
Share :