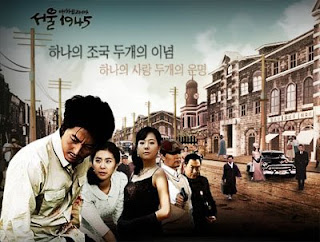 The Korean woman believed to have passed along sensitive military information on the eve of the Korean War has now been proven to be innocent, according to recently released U.S. intelligence documents. This is from an AP story running on the ABC News site. You can read the full story here, but this is an excerpt:

“In late June 1950, as North Korean invaders closed in on this teeming, panicked city, Kim was hastily executed by the South Korean military, shot as a “very malicious international spy.” Her deeds, thereafter, only grew in infamy.”

For those that don’t know, Seoul changed hands 4 times during the Korean War.

“In 1950s America, gripped by anticommunist fever, one TV drama told viewers Kim’s “womanly wiles” had been the communists’ “deadliest weapon.” Another teleplay, introduced by host Ronald Reagan, depicted her as Asia’s Mata Hari. Reviled as the Oriental queen of a vast Soviet “Operation Sex,” she was even blamed by Washington columnist Drew Pearson for igniting the entire Korean War.”

Ronald Reagan? He was already mixing it up with the Communists in the early 1950’s.

“Kim Soo–im and her love triangle are gone, buried in separate corners of a turbulent past. But in yellowing U.S. military files stamped “SECRET,” hibernating through a long winter of Cold War, the truth survived. Now it has emerged, a half-century too late to save her.

The record of a confidential 1950 U.S. inquiry and other declassified files, obtained by The Associated Press at the U.S. National Archives, tell a different Kim Soo–im story:
Col. John E. Baird had no access to the supposed sensitive information. Kim had no secrets to pass on. And her Korean lover, Lee Gang-kook, later executed by North Korea, may actually have been an American agent.”

The picture itself is not Kim Soo–Im, but rather a TV drama I only recently discovered called Seoul 1945. Looks good in an incredibly predictable, airbrushed sort of way. Not to be too sarcastic or anything, but I wonder if the woman in the black dress is the rich villian?