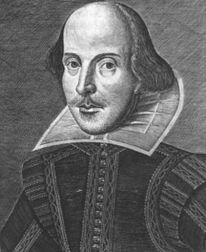 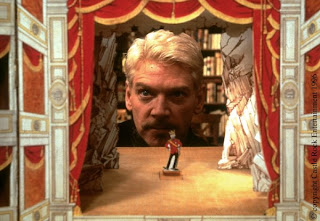 Well, I suppose it is rather an obvious series of quotes, but I am still amazed at how immensely quotable Hamlet is and how much these quotes have been integrated into the English language. They still hold a lot of wisdom and are quite relevant.
“Be thou familiar, but by no means vulgar.”
Polonius, scene iii
-I wonder what Polonius would say if he saw American Reality TV. Vulgar is too gentle a word.
“Give every man thy ear, but few thy voice;
Take each man’s censure, but reserve thy judgment. “
Polonius, scene iii
-Good advice for modern political punditry. Heed thy warnings CNBC, Fox News, and CNN!
“Why, what should be the fear?
I do not set my life at a pin’s fee,
And for my soul,
what can it do to that,
Being a thing immortal as itself?”
Hamlet, scene iv
-Seeing how fear drives much of modern though, at least politically, this is sage advice. If you believe in the immortality of self via soul, then fear for the body is illogical and completely unwarranted. I am looking at you, Mr. Christian Coalition. Where is the message of optimism, of hope?
“There are more things in heaven and earth, Horatio,Than are dreamt of in your philosophy.”
Hamlet, scene v
-Humanity is limited only by its own imagination. That is the only message of hope that I need to hear and it is not that audacious.
“There is nothing either good or bad, but thinking makes it so. “
Hamlet, scene ii
-I will leave this matter to the philosophers and religious leaders of this world, but if a sin falls in the forest, does it make a sound?
“I could be bounded in a nutshell, and count myself a king of infinite space, were it not that I have bad dreams.”
Hamlet, scene ii
-I love this quote. It is meant to be a negative and the mention of bad dreams affirms that, but I think the point is optimistic. Being happy, satisfied, truly content and hopeful is a state of mind and nothing more. People with less are often the most satisfied. I am actually driven to a phrase from another poem by W.H. Auden, In MEmory of W.B. Yeats which finishes with an absolute flourish echoing Hamlet’s point about being bound, “the prison of his days.” I will leave you with that below.
“Follow, poet, follow right
To the bottom of the night,
With your unconstraining voice
Still persuade us to rejoice;
With the farming of a verse
Make a vineyard of the curse,
Sing of human unsuccess
In a rapture of distress;
In the deserts of the heart
Let the healing fountain start,
In the prison of his days
Teach the free man how to praise. “
Share :