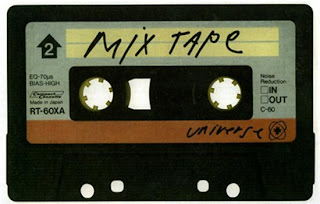 Even now, after more than a decade, I still expect
Camper Van Beethoven’s “Pictures of Matchstick Men”
to follow “Drivin on 9″
because that is how you sequenced it
on a mix tape in 1994.
My synapses collapsed and
refused to process any further
sequencing of the Breeders,
an audio DNA
frozen in fluorescent amber.
I played that tape until it snapped,
somewhere in the long winter of 2001,
but I kept the hollowed shell, the case itself,
an artifact from antiquity, the utterly confusing,
magically ferocious Stonehenge of my youth.
Share :