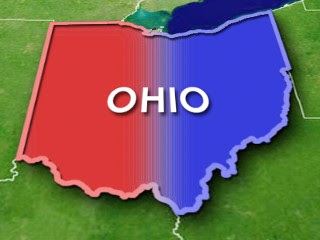 It seems as though Ohio is proving critical for the upcoming election just as it had in 2000 and 2004. I find it almost satirical now that I have changed my official residency to New Jersey that my vote would more likely be counted in Ohio (if I were to vote there.) I voted absentee ballot in 2000 and 2004 and neither vote was counted because the state was called before getting to the absentee ballots. I felt slightly disenfranchised at the time. Either way, this is an interesting development. Here is an excerpt from the article:

“Ohio has created a window in the election calendar that would allow residents instant gratification — register one minute, vote the next. It’s also given the campaigns of Democrat Barack Obama and Republican John McCain a chance to bank thousands of first-time voters during that Sept. 30 to Oct. 6 window.

The move will benefit Obama, who enjoys a 2-to-1 lead over McCain among 18- to 34-year-olds, according to a Washington Post-ABC News poll released last month. If Obama’s campaign were able to tap into college campuses with one-stop voting, it would add thousands of votes to his tally in a state where, in 2004, John Kerry lost to President Bush by only about 118,000 votes, putting Bush over the top in the electoral count.”

You can read the full AP article here. The image I took from ABC News.